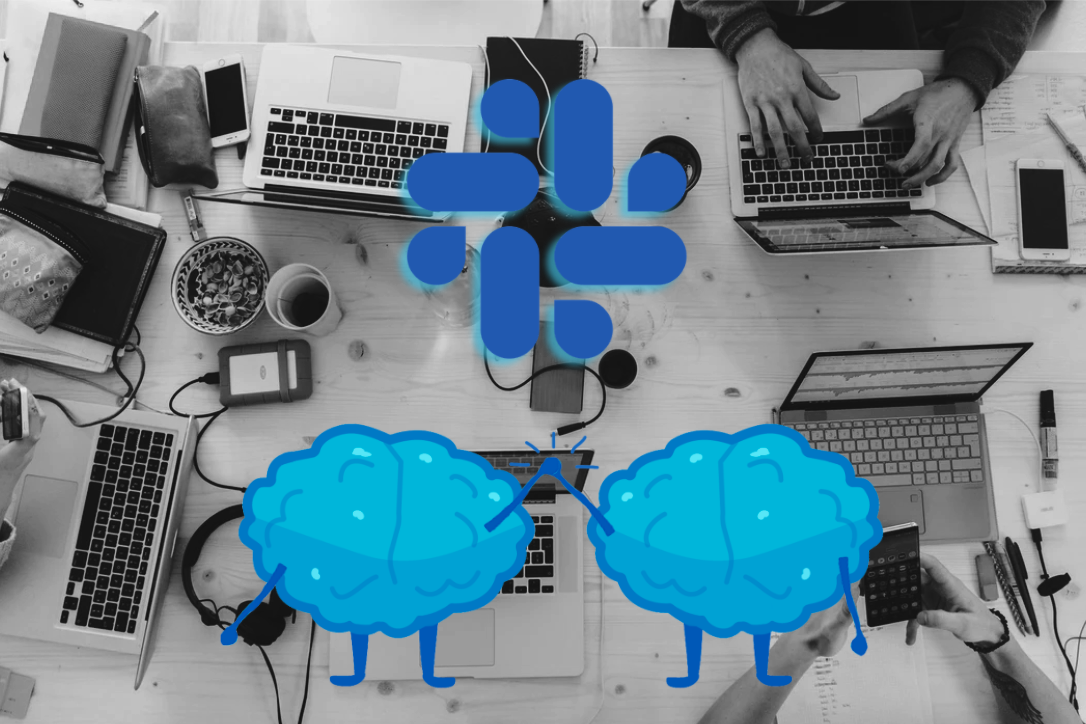 3 Reasons Why We Built a Slack App + What We Learned

There was a software engineer on my old team named Joshua. He was a diligent and thoughtful teammate who was well-liked in the office. He participated in the weekly Water Cooler Trivia contest about once per quarter, meaning one out of every 12 weeks. He enjoyed the weekly team building fun, but his participating lagged for a simple reason: Joshua never checked his email.

Wait… he doesn’t check his email?

It might be hard to believe, but an increasingly large share of (largely tech) workers don't regularly check their work email. They schedule meetings, gather context, share learnings, and read company announcements in a different place: Slack.

At Water Cooler Trivia HQ we made a decision: if Joshua’s forgetting to partake in weekly trivia fun because email is anathema to him, we had to meet him where he was. We built a Slack app. And we learned from it.

3 reasons why we built a Slack app

Hundreds of teams across the globe use Water Cooler Trivia to build engagement with employees. It’s team building fun for all sorts of teams, from law offices to Finance departments at tech companies to groups of high school teachers in Arkansas. In early 2019, we’d only heard from two tech companies requesting their weekly contests and results be sent via Slack instead of email. We filed it away on our feature roadmap.

Fast forward to summer 2019 and we’d heard the same request from teams across many industries. We want to give customers the best possible experience with our weekly trivia contests, so we started planning our Slack app.

Here’s a common situation: Joshua wins the weekly trivia contest and Alicia learns this by opening her results email. Alicia wants to congratulate Joshua for his impressive collection of trivial knowledge, but she knows that sending a reply-all email is the Original Sin of the modern white-collar workplace. So she instead thinks to herself “Congrats, Joshua.”

These types of light-hearted congratulations and connection are stymied by the fear of reply-all, but Slack’s threaded conversations are the perfect solve for this fear. We knew that post-results conversations would work more seamlessly in Slack than they did over email. It’s a more playful, real-time medium without the formal connotations that email often, well, connotes.

3. Building on new platforms is cool

Historically, Water Cooler Trivia is a web application accessed via email. Web apps and email are two dinosaurs of the software industry, and we’ve always been a little skeptical of newfangled doo-dads like “iOS apps” and “voice apps.”

But our technology team (👋  hi Ryan) felt like learning something new. And hey, who can blame them? Building a company is a never-ending exercise in learning new things. Slack’s platform team has built a developer-friendly, well-documented, flexible platform for app creation. Our team was eager to think through the designs, user journeys, and technical underpinning of translating our email-delivery into a Slack app.‍‍

We launched our Slack app in December 2019. In the first two months of 2020, about 25% of new teams using Water Cooler Trivia signed up via Slack (the remaining 75% signed up with email).

Fast-forward two months as the COVID-induced shift to remote work exploded Slack’s popularity: in March and April, about 50% of new teams signed up opting for Slack instead of email. Slack became the preferred delivery mechanism for team-building trivia fun for remote teams. ‍

So where are folks actually installing our app? Good question, anonymous inquisitive person who’s not just me setting up the answer.

Groups install the Water Cooler Trivia Slack app into a channel where it’ll post twice weekly: once with a trivia contest and once with the contest results. Often groups create a new channel. Here’s the most common channels where WCT is installed:

We also confirmed our hypothesis that threads are a non-disruptive way to spark conversations. Remember that situation above where sending a reply-all email congratulating Joshua on his big trivia win was a frightful-enough endeavor that Alicia never congratulated him at all?

That’s where threaded messages in Slack really shine. When the WCT app posts in the #random channel congratulating Joshua, Alicia is able to easily start a thread. Now she can share a public message that doesn’t implode the team with reply-all-induced anxiety. Even better, we’ve seen that these threads are the homeplace for connection-building and team-building. Those “Slumdog Millionaire” moments where you learn how someone knew that question? They happen in Slack threads.

We quickly learned that teams are sensitive about adding new apps to their workspace. We get it; proprietary and confidential conversations happen in Slack. So we’ve focused on exceeding all security and privacy requirements:

Overall, we’re thrilled to offer weekly team building trivia fun through email or Slack (or both!). Building the Slack app and watching how teams use Water Cooler Trivia in their workflows fills us to the brim with joy.