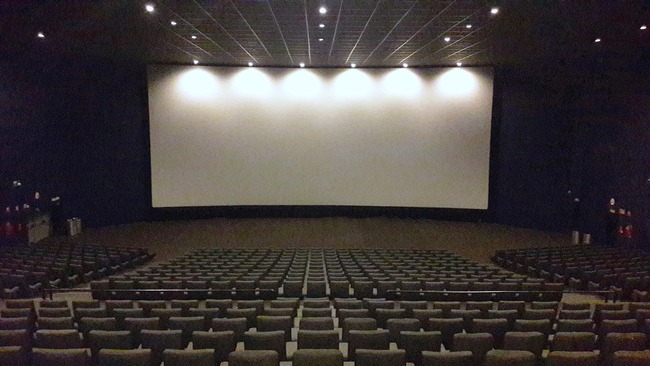 Are you looking for the ultimate source of movie trivia questions?

If you love cinema, and you consider yourself a true movie buff, then we've got the perfect list of questions for you!

Movie trivia quizzes are the perfect way to test your knowledge of all things film, from classic movies to recent blockbusters.

The right film trivia questions can take your movie party or family game night to the next level.

Luckily for you, we've got 395 of the best movie trivia questions and answers to test your knowledge.

That's our trivia team for you.

We love movies, and we love to show off our knowledge.

Before sharing our movie trivia questions and answers with you, we want to tell you a bit about Water Cooler Trivia.

Using Water Cooler Trivia, you can host the ultimate movie trivia night from the comfort of your own home.

You don't need any expensive equipment, and you can even play with friends or family members who live far away.

Plus, our platform makes it easy to keep track of scores and leaderboards.

It's the perfect way to add some friendly competition to your next movie night!

If you're ready to give Water Cooler Trivia a try, you can sign up for a four-week free trial.

Let's take a look at the big screen and explore the 395 best film trivia questions and answers.

What makes movie trivia so engaging?

We think it's the combination of two things: the love of cinema, and the challenge of putting your knowledge to the test.

We all like to think we know a lot about movies, but when we're put on the spot, it is sometimes tough to remember even the most basic facts.

That's what makes trivia so fun!

Where can you find the best movie trivia for kids?

If you're looking for fun and engaging movie trivia for kids, we've got you covered.

We have a wide selection of family-friendly quizzes that are perfect for kids of all ages.

From classic films to recent blockbusters, we've got something for everyone.

If you're searching high and low for the best movie trivia questions and answers, look no further!

We've got all the film facts and trivia you need to impress your friends and family.

Ready to put your knowledge to the test?

With Water Cooler Trivia, you can receive a new trivia quiz every week, straight to your inbox.

You can also customize the quizzes to fit your interests, and even play with friends or family members who live far away.