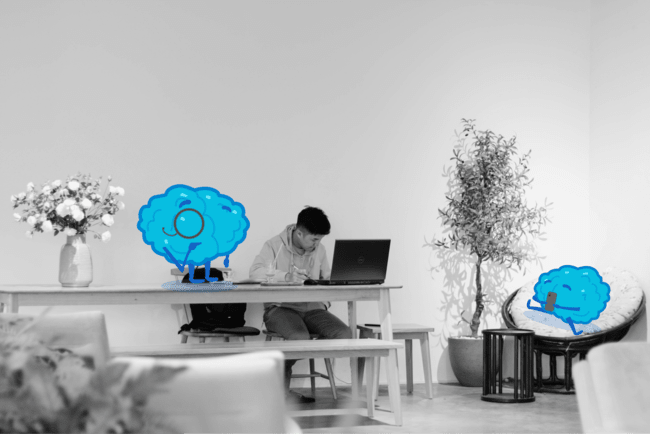 For the past three years, I’ve had the same Sunday night activity: research and write trivia questions until my eyeballs collapse. I write these questions for the weekly trivia contests that Water Cooler Trivia sends to thousands of offices every Monday morning. These contests build team culture and make the work week a bit more fun.

After 150+ weeks of these marathon-trivia writing sessions, we’ve amassed a database of more than 4,500 original trivia questions. I’m proud of that, but it’s not that interesting. What’s more interesting is the fact that they’re all free response questions: not multiple choice. ‍

This gives respondents more freedom to impress us with bonus knowledge or make us laugh with butchered spellings and knowingly-wrong-but-still-hilarious quips.

‍We’ve now received more than one million responses to our trivia questions, so we did a deep dive into the responses… ‍

Around the World in 5 Trivia Questions

I’m a big music nerd, and I’ve always loved the fact that singing is a natural disguise for accents. I’m not a speech pathologist, anthropologist, or linguist, so take that fact with a grain of salt. But one would expect a native English singer to recognize an Australian accent pretty easily, and when you’re asking about Australian bands… their homeland is a mystery.

They show up in college basketball’s March Madness tournament each year, but they ply their hooping trades in the unremarkable West Coast Conference and this small Catholic university has only 1,300 students per graduation year. So when we asked where the campus is located, we weren’t surprised to see lots of wrong answers. But 41 out of the 50 states were named? Impressively mysterious locale.

The U.S. so thoroughly dominates the NBA landscape (about 75% of current players), that it’s not too surprising that a sports-related question about Spanish brothers Marc and Pau Gasol sent respondents down the wrong path.

But we didn’t expect the answers to reflect gut-check Spanish responses like "paella-making" and “bull fighting.” These made us chuckle.

Confession: if this question was about Collin instead of Brazil, the answer would be Pesto 100% of the time; it’s my favorite food. That delicate balance of pine nuts and basil…. Mmmm. I’m salivating thinking about it.

But anyway… Brazilian pizza often features a round green topping. And there’s a surprisingly large number of topping candidates that are green and round that could fit the bill. Maybe that’s why only 23% of respondents know that the correct answer is peas.

There’s a shortlist of songs that will pull multi-generational crowds onto the dancefloor at a wedding. And it turns out, some of those songs are on the shortlist for royal weddings too. ‍

When Sweden had a royal wedding in 1976, the opening song at the reception was none other than “Dancing Queen” by ABBA, as 34% of Water Cooler Trivia respondents correctly surmised. It’s a song that gets the limbs loose and the karaoke pipes a-glowing. We’re pretty fond of all the (wrong) songs that were commonly guessed too, especially “Bohemian Rhapsody” (4% of respondents), “Stayin’ Alive” (4%), and “YMCA” (2%).

Insight #6: The wisdom of the crowd is wise

At the end of each trivia contest on Water Cooler Trivia, we ask a “tiebreaker” question with a numeric response. In case there’s a tie at the top of the leaderboard (like when two people get 8 out of 10 questions correct), the winner is determined by whoever was closer to the correct answer on the tiebreaker question. It’s like The Price Is Right but without penalty for guessing too high.

One more nerdy thing: over time, we’ve seen that the median is almost always closer to the correct answer than the mean, because we see the means get dragged “too high” by massive outlier responses.

On that same note, the wisdom of the crowds is especially wise when it comes to smartphone prices. Back when the iPhone first launched in 2007, the price point of $499 was considered extremely high; this was back when Apple’s pet product was more of a luxury device and less of a world-conquering part of the global tech culture.

Well, when we took the median response from respondents, they were spot on: guessing $500 vs the actual price of $499.

Michael Jordan was famously number 23 for the vast majority of his career, but there was a time in the 1994-95 season in which he wore a different number. We don’t think many people actually knew the response, but we added a clue that this short-lived jersey number was “nearly double” his original number. ‍

Considering double would be 46, and 45 is the next-largest integer, we weren’t too surprised that 58% of respondents got this right."

Fun fact: Water Cooler Trivia was founded at a bar in Manhattan, and the first few team meetings when designing and building the platform took place in an apartment in the borough’s West Village neighborhood. ‍

As of 2019, this smallest (geographically) of NYC’s boroughs has about 1.6 million people. We asked respondents when the borough first crossed the 1 million mark and, yet again, the median guess nailed it: the 1870s. For a bit of fun, we mapped the guesses by frequency onto a timeline because… data visualization.

Misspellings and Other Phun

Frankly, the misspellings of legendary pilot Amelia Earhart’s name are what inspired us to start digging into the wealth of our trivia responses. 85(!!!) different ways to spell one person’s name… that’s incredible. We loved when participants were self-aware enough to know their spelling was incorrect, we loved when her initials were reversed (e.g. Emelia Aerheart). We loved that there were misspelled first names, misspelled last names, and misspelled both names.

While there’s been an incredible diversity of misspellings, we’re actually quite impressed that 95% of respondents have gotten the question correct (we accept misspellings as correct answers) and of those, nearly 60% actually did spell the famed aviator’s name correctly.

The Sistine Chapel’s name comes from Pope Sixtus IV, who restored it between 1473 and 1481. But we didn’t expect participants to know the namesake of the famous home of The Creation of Adam. What we didn’t expect was the commonly-misheard and thusly mis-remembered name of this religious place. ‍

We saw 16th Chapel and Sixtine Chapel pop up as responses nearly as frequently as Sistine Chapel. So if you want the world’s lamest party trick, ask someone you know where Michelangelo painted the ceiling and see if they’ve had the wrong name lodged in their head for years.

We can’t really phrase this one any better than the legendary Samuel L. Jackson himself.:

“We had this big arena, this fight scene with all these Jedi and they’re fightin’ or whatever. And I was like, well s---, I wanna be able to find myself in this big ol’ scene. So I said to George, 'You think maybe I can get a purple lightsaber?' "

Although Lucas pointed out that lightsabers traditionally only came in red or green, Jackson responded with some pretty powerful logic:

‍"Yeah, but I want a purple one. I’m like the second baddest Jedi in the universe next to Yoda."

Insight 13: Fridays aren’t productive for anyone

We’ll admit that this question swayed a bit outside the typical guidelines for what is and isn’t included in trivia questions, but we thought it was a rich question for the office workers that comprise the vast majority of Water Cooler Trivia participants. ‍

We weren’t too surprised that 0% of people knew Friday wouldn’t show up as HR Managers’ perceived “most productive” day, but the fact that over half of participants knew it was Tuesday was pretty mind-blowing. Maybe it’s because of all the Trivia Tuesday team building activities in the world...

Insight 14: Many different fruits can be dried and snacked on

Confession: I wrote this question because I genuinely had no idea what fruit a prune came from. Turns out 81% of participants were smarter than I in the world of trail mix snacks, but the wrong guesses were impressively diverse.

The most surprising? Eggplant. If you’ve ever eaten an eggplant before, then we at Water Cooler Trivia HQ are quite sure you’re not hankering for it to be drained of all its liquid and snacked on. It would be a sugarless, pleasureless snack.

Insight 15: Bird hybrids can be funny-looking

When we first learned that the Turkey Vulture is the real name of a real bird that is technically not actually any type of turkey at all, we were keen to write a question about it.

‍What we didn’t expect were the double-bird-name guesses that folks would guess. To poke a bit of fun at these submitted hybrid answers, we jumped to Google Slides to make our own visions of what the guesses may have looked like in the real-world.

Out of those thousands of questions we’ve written, not all categories are considered equal. While we have a few categories that tend to show up most frequently, it’s Pop Culture that represents nearly a quarter of all our questions. What’s in Pop Culture? Good question: movies, music, television, celebrities, and others of that ilk.

Insight 18: Fun for graders too, not just participants

We love clicking True/False thousands of times each week (who wouldn’t?), but we love even more putting some critical thought into responses and rewarding participants that make us laugh or make us smarter.

As a result, we built emoji reactions into Water Cooler Trivia so we can tip our hat to you even when you get a question wrong. The most common reaction from our graders? Laughter: participants have made us laugh nearly 1,000 times since emojis were added to scorecards.