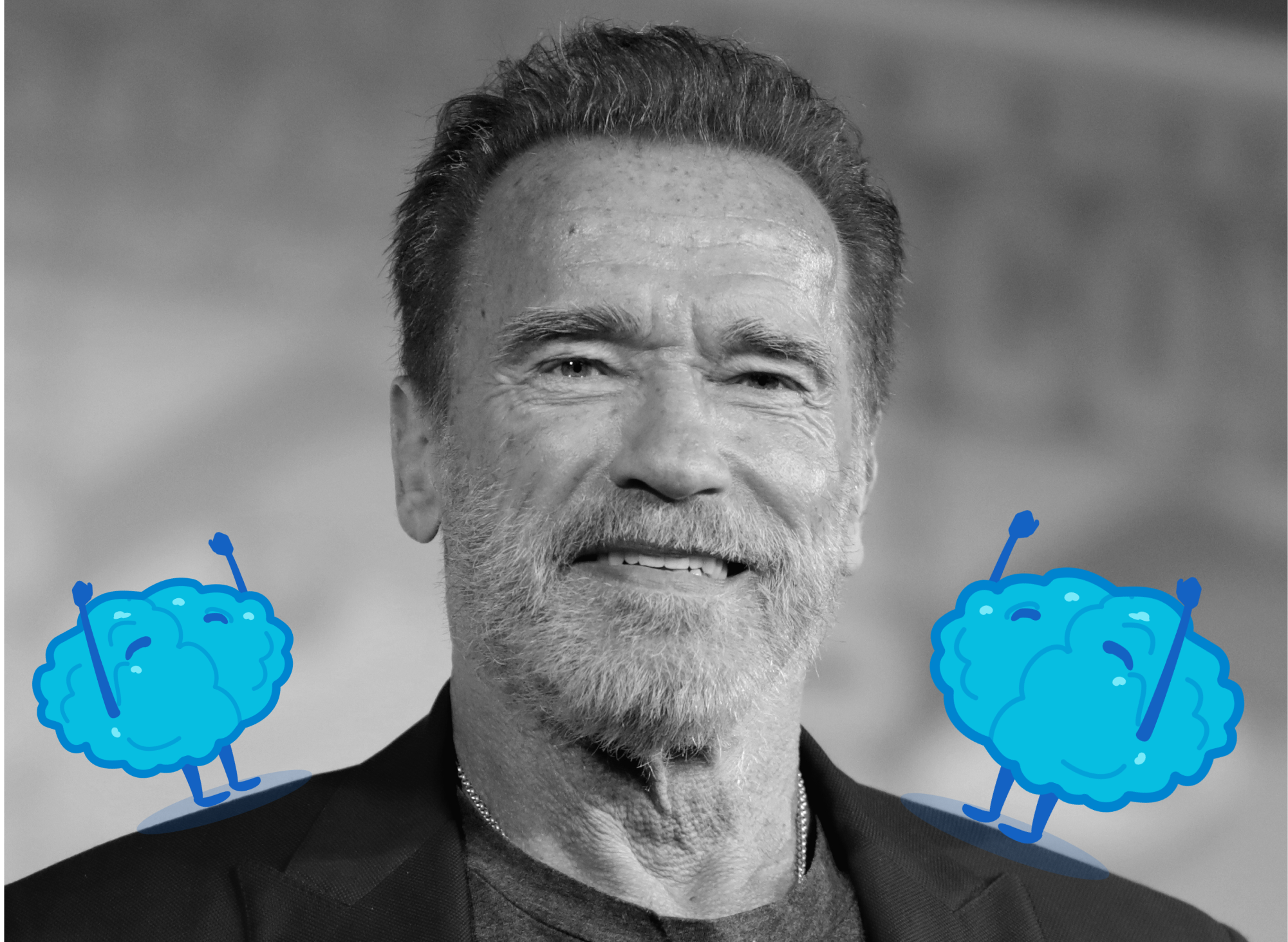 255 Ways to Spell Schwarzenegger (According to Water Cooler Trivia Participants)

Arnold Alois Schwarzenegger was born in Austria on July 30, 1947. Famously, he reached stratospheric levels of notoriety and success in three wholly distinct professional fields: bodybuilding, acting, and politics, culminating in his eight years as the Governor of California.

For the past 73 years, Schwarzenegger has gone by Arnold, Ahnuld, Governator, Austrian Oak, Terminator, Running Man, and dozens of other nicknames. In part because he’s charismatic and there’s nicknames aplomb to describe him, sure.

But also because his last name is hard to spell. Like, really hard. We would know, because Water Cooler Trivia participants have spelled Schwarzenegger 255 different ways. And we’ve dug deep to explore that data.

255 different spellings. We don’t grade responses based on spellings, so these are the spellings we’ve accepted as correct. We’ve got the full list of them at the end of this article, but we wanted to dig deeper into the data

“What is the name of the Austrian bodybuilder who has been Mr. Universe three times and Mr. Olympia seven times?”

The answer, as you’ve surely guessed by now, is Arnold Schwarzenegger. We first wrote this question in April 2019, and since then…

And now, let’s look at the different ways in which Schwarzenegger has been spelled by Water Cooler Trivia participants.

1. What are the most common misspellings?

When you remove the correct spelling, you are left with 1,060 participants who spelled Schwarzenegger in 254 different ways.

The most common misspelling is to simply add a T after the R, a.k.a Schwartzenegger. This makes sense, as Schwartz itself is a fairly common German surname. 116 different respondents, 4% of all correct responses, spelled Arnold’s surname with that bonus T.

Next up was Schwarzeneger, which removes a letter rather than adding one, this time removing one of the two Gs. Again, this matches intuition. Double letters are hard to remember and frequently don’t add anything phonetically to a word. 88 different participants spelled it with this missing G, or 3% of all correct responses.

In third place was Schwarzenager with 56 people (2% of correct responses) both dropping that same G and then also swapping an E with a G. We get it, spelling is hard.

Below is a chart of the ten most common misspellings, and for the intrepid, here’s the full list of misspellings.

Of the 255 total different spellings,

The most popular length was 13 letters with 31% of distinct spellings and 13% of all correct responses.

Unsurprisingly, the share of “correct” letters in terms of positions descends as you get further in the word, with a few noticeable deviations: interestingly, misspellings tend to correctly guess that the 11th letter is a G and the 14th letter is an R.

On that topic, Schwarzenegger has a double letter in it: two G’s as the 11th and 12th letter. This was a common source of misspellings, as 147 of the distinct spellings (58%) guessed that there was only one G in the politician’s surname.

Known as edit distance or Levenshtein distance, this is a measure of how many changes you need to make to a word or phrase in order to translate it into another word or phrase. So “bake” has a distance of one from “cake” or “ake” or “baked”.

When you search the internet for Girrafe and the search engine asks “Did you mean Giraffe?” they are making that guess because your search query only had an edit distance of two from the more common query term Giraffe. One deletion (the first R) and one insertion (the second F) turns your query into the correct word.

So, basically, this is a way to see how bad certain spellings were. Or, more optimistically, how generous we at Water Cooler Trivia are as graders.

Okay, with all that prologue finished, here’s the edit distance stats for the 255 distinct spellings of Schwarzenegger. Note that we are only surfacing the 1,060 responses that were incorrectly spelled.

4. What does Schwarzenegger even mean?

I was wondering that too. It turns out the name has Germanic roots, divided neatly into two terms.

So the Governator’s surname translates most literally into English as Black Ridge, which happens to be the name of a U.S. technology services company.

Looking to learn about more commonly-misspelled names or commonly-mistaken knowledge? Us too! We have a dataset of 2.5 million free text trivia responses. If you want to work with us to mine for fun data-driven stories, email [email protected] and we can find a way to work together.

Or if you just want to bring a weekly trivia ritual to your team, that would make our hearts a-flutter. Get started with a four-week free trial at our homepage.